"Judge Alberto Rivas Is A Serious Danger To The Public" Marchisotto said. 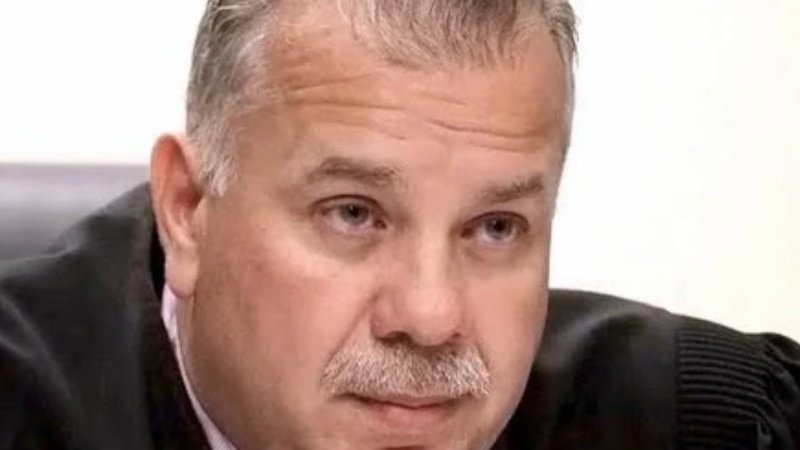 "In all my years working in law enforcement I have never seen anyone, especially a judge abuse their office, and position in that manner to weaponize law enforcement. This is disturbing because something is very bad, and off here that needs someone to promptly, and properly investigate this on the federal level, because I believe there is other bad stuff that will also be uncovered that has nothing to do with me"  Marchisotto said.

"There is something very off here, and what kind of connection does NJSP Detective Mudduser Malik have to Judge Alberto Rivas, or possibly the judge’s son who works in laws enforcement for the South Brunswick Police Department" Marchisotto said.

Then you have a newly promoted NJ State Police Captain Ronald Micucci who works for Central Intelligence, and there is a very serious, and major breach of security for the safety of the people of the State of New Jersey, and elsewhere.

"This Captain easily allowed Judge Alberto Rivas to weaponize his office, and that is a serious breach of safety to the public" Marchisotto said.

"A judge who can falsely weaponize law enforcement for his own crimes is very disturbing, GOD only know what else this criminal has done. I am also very curious to know what he did for Mudduser Malik in return, who is the president of the NJ Officers Muslim Society'' Marchisotto said.

Take a look at; Marchisotto v. Rivas, et al; Case 3:19-cv-21440-BRM-DEA; I filed on 12/17/19; These are the FEDERAL Summons that I Served, and after I served Judge Alberto Rivas, my family, and I were severely criminally harassed, retaliated against, from law enforcement weaponized by a judge who is supposed to uphold the law.

The U.S. District Court of New Jersey District Judge was made well aware this was taking place and did not do anything to stop this abuse and criminally harassment of the Plaintiff and his family.

Take a look at exhibit K the January 9, 2020, false sheriff’s report page 2 that states that Captain Ronald Micucci from Central Intelligence had been already sent a copy of this report and was already aware of.

"Captain Micucci works for NJ State Police Central Intelligence, and that does not make me feel safe." Marchisotto said These Exhibits have been filed in both the USCA for the Third Circuit Case No.: 20-1870 and Superior Court of New Jersey Appellate Division; IN THE MATTER OF J.M.; A-001026

We the people -The first three words of the Preamble of the Constitution of the United States make it clear to all readers that the people are the foundation and driving force of the government.

The document says that the people of the United States choose to create the government. “We the People” also explains that people elect representatives to make laws. This is a form of self-government.

That to secure these rights, governments are instituted among men, deriving their just powers from the consent of the governed, that whenever any form of government becomes destructive of these ends, it is the right of the people to alter or to abolish it, and to institute new government, laying its foundation on …

"The NJ Courts have become destructive under its very poor leadership, and the people need to institute new government, and impeach Chief Justice Stuart J Rabner who has become too comfortable in his role as the GodFather of NJ Corrupt Courts leading abusive judges who interests are for lining their own pockets, and who believe they are above the law" Marchisotto said.

Joey Jones Announces Candidacy for University Place, WA City Council Position #4
Joey is credited as publishing one of the first DoD Articles in Washington about COVID-19 in January of 2020.

TRPE Offers Best Support in the Precise Property Valuations
Those who are looking forward to buying or rent a home, can find TRPE as the best property expert solution. They'd be delighted to assist both buyers and sellers.

Get Complete Information about Property Boundaries by Boundary and Topographic Survey
Before you build on your property or develop any parcel of land, it makes sense to get in touch with environmental surveyors who can perform an accurate boundary and topographic survey.

ALTA/ACSM Benefits and Its Utilities
ALTA/ACSM are accredited land title and due diligence surveys meant for commercial purposes.

Find the Award-Winning and Most Trusted Land Surveying Firm Around the United States
Land surveying is one of the most important steps to take before you do anything with your land or property. Without it, you could put yourself at a higher risk of paying for costly mistakes

Get High Level of Investigation and Detail About Your Property Through ALTA ACSM Survey
The commercial property requires a special type of survey known as ALTA/ACSM. It was developed by the American Land Title Association and American Congress on Surveying and Mapping,

Get Complete Inspection of Your Property by Residential Property Survey Techniques
The residential property survey is one of the first things you must consider doing when buying a home or before you make any renovations or expansions on your property.

Analyze Your Property with High-Quality ALTA ACSM Survey Standards in the United States
The land survey is one of the most critical steps to buying or developing any type of property. There are different surveys designed for different kinds of properties,
Service
Business details
Getsocialnewsinfo
Publish social news
×